The Paragraph of Climate Change for Class 6 to Higher 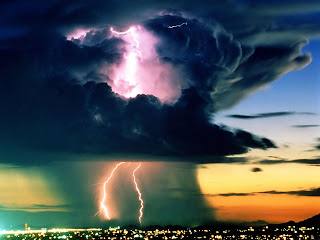 Climate change is the most pressing issue at the moment over the world. The cause of climate change can be divided into two categories those are due to natural causes and those are created by men. Global worming is the main natural reason and using harmful chemicals in every day life the main reason created by man. The climate is changing rapidly that result in the rise of the earth’s average temperature. The global climate change and its consequences are leaving a bad impact on the developing countries to face natural calamities and poverty. Climate change impacts include temperature rise, greenhouse and carbon dioxide gas emissions, erratic rainfall, salinity intrusion, rise of floods, cyclones, storm surges and draught, ice sheets melting which will seriously affect the agriculture and livelihood, especially at the poor. Bangladesh, for its geographical locations, is likely to be the most affected. The developed nations, which are more responsible for such climate changes, should take responsibilities to protect the victimized countries. The Maldives is also one of the worst victims of climate change. A one meter sea-level rise will submerge about one-third of the total area of Bangladesh, which will uproot 25-30 million people of Bangladesh. These people will become refuges of climate change. To reduce the bad impact of climate change people should be aware. Tree plantation can reduce global warming which is the main natural reason of climate change. Stop using harmful chemicals can reduce environmental pollution which is the main man made reason of climate change. Students should be careful to protect the environment and raise awareness. Thus students can play a vital role to reduce bad impact of climate change.
11-higher Class6-10 Paragraph 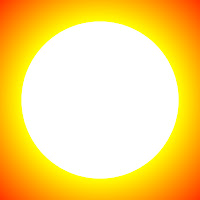 The Paragraph Of The Sun Class 1-5

The Sun
The sun is the star in the solar system. It rises in the east at dawn. It sets in the west in the evening. It is the source of all energy in the earth. The earth moves round the sun. We get sunlight that gives us Vitamin D. It is very much essential for living beings.

The Paragraph Of Traffic Rules Class 1 to 10

Traffic Rules play a very important role in the traffic system of a country. These rules are made for avoiding traffic jams and accidents in cities and towns. Generally, traffic rules are implemented by showing different colored light signals in the road like red light, yellow light and green light. We have to stop our vehicles when the red light is on and move our vehicles when the green light is on. Driving on the left side of the road, using foot over bridge, following traffic signs, not to blow horns before a hospital or a school etc are also included in the traffic rules. There are traffic polices to supervise the rules. We all should follow traffic rules to maintain a sound traffic system